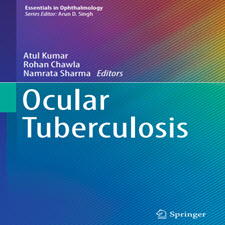 Tuberculosis (TB) is an airborne infection caused by Mycobacterium tuberculosis. While 10% of individuals with infected TB become symptomatic, in about 90% the infection remains latent without manifestation of the disease for the rest of their lives. In 1999, the World Health Organization (WHO) declared tuberculosis a global emergency causing nearly three million deaths annually. In the same year, WHO reported that there were 3.7 million cases of tuberculosis of which 20% of patients came from Africa, 38% from Southeast Asia, 22% from Western Pacifc, 6% from the United States, and 4% from the eastern Mediterranean.
https://taliem.ir/wp-content/uploads/Ocular.Tuberculosis.taliem.ir_.jpg 225 225 administrator https://taliem.ir/wp-content/uploads/taliem-logo150-70pix_S.png administrator2018-07-31 20:59:172018-07-31 20:59:17Ocular Tuberculosis

Osteoporosis is one of the most prevalent metabolic bone diseases in the world and is a major public health problem. Osteoporosis consists of a heterogeneous group of syndromes in which reduction of bone mass per unit volume results in bone fragility. The increment in bone porosity causes architectural instability of the bone and increases the likelihood of fracture. In osteoporosis, the mineral-to-matrix ratio is normal, but the bone quantity is reduced. In 2005, the direct and indirect costs ofosteoporosis in the United States alone were estimated to be $17 billion. In 2025, it is projected that the costs will be $25 billion, annually . Much of this expense relates to hip fractures. In 15%–20% of hip fracture cases, the outcome is fatal. In osteoporotic individuals, 50% of women and 25% of men older than 50 years could have a traumatic spine fracture during their life. Reports from Europe in 2003 indicate that variations of a gene on chromosome 20 may cause some postmenopausal women to have osteoporosis. Research studies are in progress to identify the gene in the carriers and implement preventive measures. Meanwhile, clinicians (through nonpharmacological intervention) can add quality to the years of life of osteoporotic patients with or without fractures. Nonpharmacologic intervention could be implemented alone or along with pharmacotherapy in cases of the need for pharmacotherapy. Clinical studies have shown that when pharmacotherapy is combined with the rehabilitative measures, the vertebral fracture rate is decreased.
https://taliem.ir/wp-content/uploads/Non-Pharmacological.Management.of_.Osteoporosis.taliem.ir_-1.jpg 225 225 administrator https://taliem.ir/wp-content/uploads/taliem-logo150-70pix_S.png administrator2018-07-31 20:27:382018-07-31 20:27:38Non-Pharmacological Management of Osteoporosis According to the ICD-10 diagnostic guidelines , dementia is a disease of the brain, usually of a chronic or progressive nature, in which there is disturbance of multiple higher cortical functions, including memory, thinking, orientation, comprehension, calculation, learning capacity, language and judgment. Consciousness is not clouded. Impairments of cognitive function in dementia are commonly accompanied, and occasionally preceded, by deterioration in emotional control, social behaviour, or motivation. Dementia is a clinical diagnosis that requires evidence of cognitive decline sufficient to impair function in daily life over a period of at least 6 months . When diagnosing dementia in adults with intellectual disability (ID), the focus should be to recognise decline in relation to premorbid level of functioning. In those whose cognitive function is already affected by ID, assessment of change is difficult, particularly if there is no measure of earlier functioning. There are no agreed reliable diagnostic instruments to detect dementia in people with ID but there are valid and reliable tools that aid diagnosis, which are either administered to informants or, less commonly, rely on direct assessment of the subject. When diagnosing dementia in adults with ID, the most important fact to understand is that the diagnosis requires a change in status from baseline functioning. Baseline functioning is often unknown as this information is normally obtained by reports from carers who often have not known the person with ID for long enough to give an accurate picture of premorbid level of functioning. Ideally, longitudinal assessments that document both baseline and present cognitive functioning as well as behavioural functioning over a period of at least 6 months is necessary before sufficient information can be obtained to make a confident diagnosis of dementia.
https://taliem.ir/wp-content/uploads/Neuropsychological.Assessments.of_.Dementia.taliem.ir_.jpg 225 225 administrator https://taliem.ir/wp-content/uploads/taliem-logo150-70pix_S.png administrator2018-07-31 20:09:222018-07-31 20:09:22Neuropsychological Assessments of Dementia in Down Syndrome and Intellectual Disabilities Nutrition plays a signifcant role in seven out of the ten leading causes of death worldwide. • Sound nutritional practices play a central role in the prevention and treatment of chronic diseases in multiple evidence-based guidelines from various scientifc organizations. • Nutritional practices are a central component along with other lifestyle habits and practices that comprise the feld called “Lifestyle Medicine.” • Inﬂuences on eating behaviors are complex including individual, family, community, and public policy factors. • A key challenge remains to take the existing knowledge in sound nutrition and help individuals implement this knowledge in their daily lives.
https://taliem.ir/wp-content/uploads/Nutrition.in_.Lifestyle.Medicine.Nutrition.and_.Health.taliem.ir_.jpg 225 225 administrator https://taliem.ir/wp-content/uploads/taliem-logo150-70pix_S.png administrator2018-07-31 19:49:582018-07-31 19:49:58Nutrition in Lifestyle Medicine • Ideally, good nutrition practices begin in the preconception period. • Weight gain during pregnancy should be based on prepregnancy body mass index (BMI). • Most nutrient requirements during pregnancy can be met through a carefully selected diet. However, all women of childbearing age should take a folic acid supplement, and some high-risk women can beneft from iron and/or calcium supplements. • Nutrition remains an important concern during the postpartum period, especially for women who choose to breastfeed their infants .• Referrals should be made for women in high-risk pregnancies, low-income women with high risk for poor nutrition, and women with concerns about breastfeeding.
https://taliem.ir/wp-content/uploads/Nutrition.Guide_.for_.Physicians.and_.Related.Healthcare.taliem.ir_.jpg 225 225 administrator https://taliem.ir/wp-content/uploads/taliem-logo150-70pix_S.png administrator2018-07-31 19:34:102018-07-31 19:34:10Nutrition Guide for Physicians and Related Healthcare Professionals A 65-year-old male has been dialyzed for 4 years via a left forearm looped brachiobasilic arteriovenous (AV) polytetraﬂuoroethylene graft. At the time of access creation, his basilic, median antebrachial, and cephalic veins in his forearm and upper arm were not suitable for construction of a primary AV fstula. Over the past few months, he has had diffculty achieving adequate dialysis ﬂow rates during his Monday/Wednesday/Friday sessions. On exam, he is noted to have a pulse in his graft. He was referred to an interventional nephrologist who performed an angiogram demonstrating a venous anastomotic stenosis of greater than 50% of the luminal diameter . There was no upper arm or central venous stenosis present. An angioplasty was performed, and the patient was dialyzed for another 2 months until the graft thrombosed. Despite attempts to reestablish ﬂow, the thrombosis could not be corrected. A right-sided internal jugular hemodialysis catheter was placed. The patient was subsequently referred to a local vascular surgeon for reconstruction of peripheral access. Approximately 4 months later, a contralateral brachiocephalic AV fstula was constructed. The catheter was removed 2 months later, once the fstula matured. In the interim, he was hospitalized once with a methicillin-resistant Staphylococcus aureus bloodstream infection. The line was removed and replaced on the contralateral side. He was treated with vancomycin immediately after his hemodialysis sessions for 4 weeks.
https://taliem.ir/wp-content/uploads/Dialysis.Access.Cases_.Practical.Solutions.taliem.ir_-1.jpg 225 225 administrator https://taliem.ir/wp-content/uploads/taliem-logo150-70pix_S.png administrator2018-07-31 12:38:112018-07-31 12:38:11Dialysis Access Cases Before 1940, most uveitis cases were supposed to be due to infectious agents, mainly syphilis or tuberculosis. Progress in the understanding of intraocular inﬂammation led to the discovery that uveitis can be of infectious and noninfectious origin and that many pathogens can cause infectious uveitis. Theoretically, Koch postulates must be fulflled, in order to formerly demonstrate that a disease is due to an infectious agent. However, in infectious uveitis, most often, serological evidence, molecular or histological demonstration, and treatment response are usually the only available elements to suggest the infectious origin of the uveitis. Using these evidence a large number of infectious organisms have been demonstrated to cause infectious uveitis. Some have a global importance around the world, while others have more limited niches. Many of them have been considered as emerging pathogens. According to Woolhouse, an emerging pathogen can be defned as an infectious agent whose incidence is increasing following its introduction into a new host population. A pathogen will be reemerging when its incidence increases in an existing host population. However, in practice, both expressions are likely used by many authors regardless of those biological and epidemiological criteria. The term emerging disease will thus also be used in situation of increase awareness or discovery of pathogen in previously supposed non-infectious diseases . As far as we know, most emerging infectious uveitis agents fall into the two last categories.
https://taliem.ir/wp-content/uploads/Emerging.Infectious.Uveitis.taliem.ir_.jpg 225 225 administrator https://taliem.ir/wp-content/uploads/taliem-logo150-70pix_S.png administrator2018-07-31 12:26:112018-07-31 12:26:11Emerging Infectious Uveitis Inﬂammatory bowel disease (IBD) comprises two idiopathic chronic relapsing and remitting inﬂammatory disorders of the gastrointestinal tract: ulcerative colitis and Crohn’s disease. The swift pace of advances in knowledge, understanding and innovation in the treatment of IBD has driven the need for this new edition. Here, we continue to emphasize the disturbances of host immune and environmental interactions in the etiopathogenesis of these disorders, in particular the genetically determined disturbances of host–microbe interactions. We also highlight recent improvements in our understanding of how best to use immunomodulatory and biological drugs, alone and in combination, and include the most recent innovations in this area. In the future, increasing efforts will be made to offer personalized treatment to each patient. The selection of specifc drugs only after detailed assessment of the genotype and other features of the individual will help us to identify who will respond well and who will respond badly, and thus enable us to use therapeutic agents more appositely. We must also continue to embrace the holistic approach to management of these chronic diseases. Doctors often used to overlook problems such as anemia, mood disturbance, fatigue and osteoporosis, yet each of these is a common if not always easily reversible cause of impaired quality of life for patients with IBD. In this time of increasing specialization, high technology diagnostics, molecular therapeutics and evidence-based everything, the doctor–patient relationship will come under increasing scrutiny and change. Technology helps to clarify the objective aspects of the disease but not the subjective experience – the illness – which is unique to each patient.
https://taliem.ir/wp-content/uploads/Fast.Facts_.Inflammatory.Bowel_.Disease.taliem.ir_.jpg 225 225 administrator https://taliem.ir/wp-content/uploads/taliem-logo150-70pix_S.png administrator2018-07-31 12:10:172018-07-31 12:10:17Fast Facts: Inﬂammatory Bowel Disease A 64-year-old female with well-controlled type II diabetes and a history of prior transient ischemic attacks (TIAs) sustained an injury to her right ankle when she slipped and fell on ice. She noted immediate right ankle pain and deformity, was unable to bear weight after her fall, and presented to the emergency room. The patient had diffuse swelling and ecchymosis throughout her ankle and tenderness to palpation over the lateral malleolus. There was no tenderness medially. She was neurovascularly intact.
https://taliem.ir/wp-content/uploads/Fractures.of_.the_.Foot_.and_.Ankle_.A.Clinical.taliem.ir_.jpg 225 225 administrator https://taliem.ir/wp-content/uploads/taliem-logo150-70pix_S.png administrator2018-07-31 11:51:442018-07-31 11:51:44Fractures of the Foot and Ankle Formaldehyde is widely present from the universe to a single cell. It also comes from our daily life, including food, water, clothing and building materials. As a main material or by-product from industrial and commercial production, formaldehyde is the most common aldehyde in the environment. The most common formaldehyde exposure is from contaminated air. In general, human beings spend around 90% of their time indoors, where there are complex mixtures of pollutants, including formaldehyde. Indoor formaldehyde exposures can be extremely dangerous, such as residential exposing to renovated homes, offces and public shopping centres. Another main method of formaldehyde immersion is through occupational exposure, for instance, in some factories, hospitals and laboratories, where formaldehyde concentrations are much higher and the people working there are highly vulnerable. Although the toxicity of formaldehyde has been extensively studied and its detections have been well developed, the exposure of formaldehyde is still serious all over the world, especially the countries that are producing and consuming huge amounts of construction materials which contain and emit aldehydes. People are exposed to formaldehyde through breathing and gastric intestinal digestion or by skin contact. The exposure to formaldehyde can cause respiratory irritation, asthma, tumours and multiple neuropsychological abnormalities or even cause death. Therefore, it is of great importance to control possible sources of formaldehyde and set up international standards to avoid formaldehyde insult.
https://taliem.ir/wp-content/uploads/Formaldehyde.and_.Cognition.taliem.ir_.jpg 225 225 administrator https://taliem.ir/wp-content/uploads/taliem-logo150-70pix_S.png administrator2018-07-31 11:32:532018-07-31 11:32:53Formaldehyde and Cognition
رفتن به بالا